The Yeo Family: Yeo-nited No More 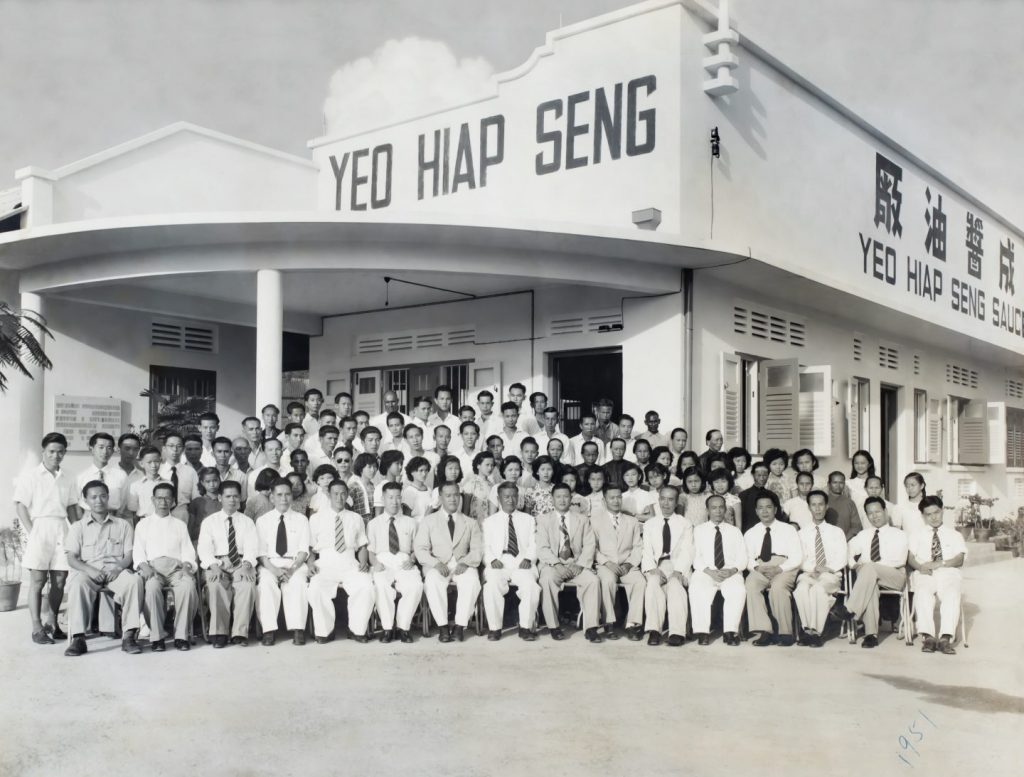 Whether is it slurping a packet of soya bean drink or gulping down a can of iced grass jelly in the sweltering Singapore weather, Yeo’s drinks have been a part of every Singaporean’s life. A brand synonymous with canned drinks and food, Yeo’s was second only to Fraser & Neave (F&N) when it came to manufacturing drinks in the 1980s.

From a soya sauce shop in Zhangzhou, Fujian province, China, Yeo’s has evolved to be one of Singapore’s largest food and beverage manufacturers and distributors. All these were made possible when Yeo Thian In moved to Singapore when he took over his father’s – Yeo Keng Lian – business to establish Yeo Hiap Seng (“Yeo Unite to succeed”) Sauce Factory in 1938.

Unfortunately, business was off to a rocky start. Yeo Thian In enlisted his brother’s – Yeo Thian Kiew – help in marketing their products in a bid to differentiate themselves from their competitors. As the company started to diversify and produce canned food and bottled drinks, Beanvit (vitamin-fortified soy milk developed by Chen Chee De, the son of Yeo Thian In’s eldest sister) proved immensely popular.

It can be said that overcoming early hurdles and catapulting the business to success was a combined family effort. With the company’s success and expansion, the business was officially incorporated as a private limited company and renamed to ‘Yeo Hiap Seng Canning and Sauce Factory Private Limited’ in 1955.

A year later, an agreement was drafted to divide the company’s ownership between Yeo Thian In, his four brothers and two grandsons of Yeo Keng Lian. Although there were more family members in the company, they all worked together to complement each other.

See how having a family constitution might prevent such family fallouts

However, all this changed with the third generation. When Yeo Thian In passed away and the company’s reigns were handed to his son, Alan Yeo, factions within the family appeared and internal conflicts became the norm.

It wasn’t long before several Yeo family members questioned Alan’s suitability as Yeo’s chairman and CEO. They called him out for his management style and business decisions that resulted in investment losses. They aimed to oust Alan as chairman.

In return, Alan petitioned the court to dissolve Yeo as a family holding company. With the Yeo family’s combined 38.5% stake in the company broken up and Ng Teng Fong quietly buying Yeo’s shares in the open market through his company Orchard Parade Holdings, Orchard Parade Holdings eventually became the majority shareholder of Yeo Hiap Seng.

In 1995, just slightly less than a century from 1901 where Yeo Hiap Seng first started as a soya sauce shop in China, Yeo’s was officially no longer managed by the Yeo family. It is currently managed by Far East Organization (the parent company of Orchard Parade Holdings), which brings to mind the Chinese saying that family businesses seldom last beyond three generations — ‘the first generation builds, the second preserves, the third destroys’. Looking at the history of Yeo’s, this is most certainly the case.

See how Tan Kah Kee, unlike Yeo, successfully passed down his legacy to his descendants.

It’s a pity to see the legacies of the previous generations overshadowed by family feuds and disharmony. Success and wealth, especially when unearned, can be taken for granted. Therefore, at heritance, we believe that long-lasting inheritances are possible only when values are passed down together with valuables.

Click here to learn how you can do so with the heritance app.